MEGAMIX is the leading Russian production enterprise for premixes and protein-vitamin-mineral concentrates for all kinds of farm animals, including poultry.

The company has been successfully operating on the market cince 1999 year. Our customer base includes both large-size agricultural holdings and middle-size agri businesses that are spread from the northeastern part of Russia to the Urals, as well as abroad.
MEGAMIX sets much stricter requirements for biosecurity and quality of its products, as well as for the company's goodwill, than it is set out in the laws of the Russian Federation and commonly accepted by the market. 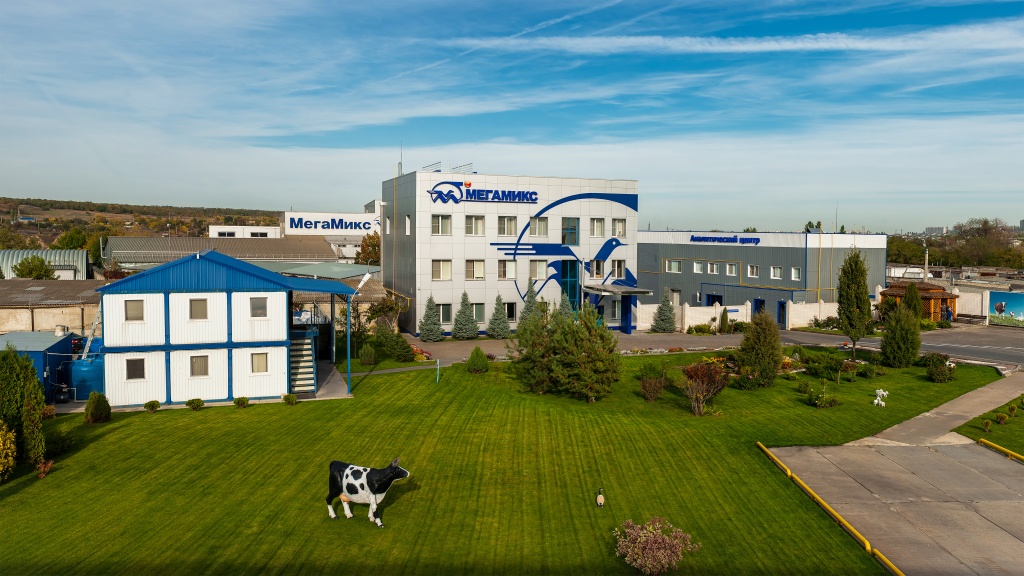 Photo: territory of plant in Volgograd


The company's objective is to enhance efficiency of animal husbandry enterprises by providing them with biosecure and high-quality premixes and protein-vitamin-mineral concentrates.

At the end of 2016 on the basis of MEGAMIX premix was produced over 9 million. tons of mixed feed.


MEGAMIX successefully achieves this goal due to:

1) State-of the-art production technology
MEGAMIX premix facility in Volgograd is a state-of-the art production complex that has been in operation since August 2009. The unique concept of this premix factory was developed in cooperation with BASF SE, Germany, and Ottevanger Milling Engineers, the Netherlands. A completely automated production cycle guarantees mixing accuracy of 1:100 000 that is confirmed by the Test Protocol IFF No. 2.435, issued by IFF (Internationale Forschungsgemeinschaft für Futtermitteltechnik e.V.), Germany.

According to expert assessement, premix production at such a high technological level is unique on the entire territory of the Russian Federation. 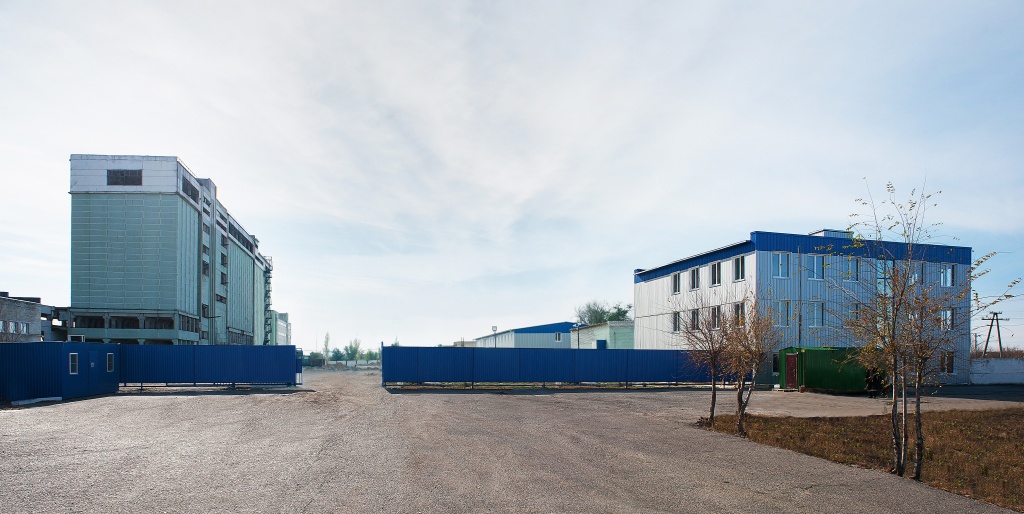 MEGAMIX analytical and research center is there to guarantee quality control not only over raw materials, but of the end-product as well. Each batch of the raw materials and premix undergoes laboratory testing, which is basic principle of MEGAMIX quality control.
MEGAMIX analytical and research center is accredited in accordance with International Standard ISO / IEC 17025: 2005 and is one of the European leaders in terms annual number of tests and their variety. Due to the highly-qualified laboratory staff and the modern equipment, which no other lab in Russia possesses, the testing scope of MEGAMIX laboratory exceeds 270 parameters.
MEGAMIX analytical and research center has long-term contracts on test performance with quite a number of Russian and foreign enterprises. There are also performed cross-laboratory tests together with leading laboratories of Russia, France and Germany. 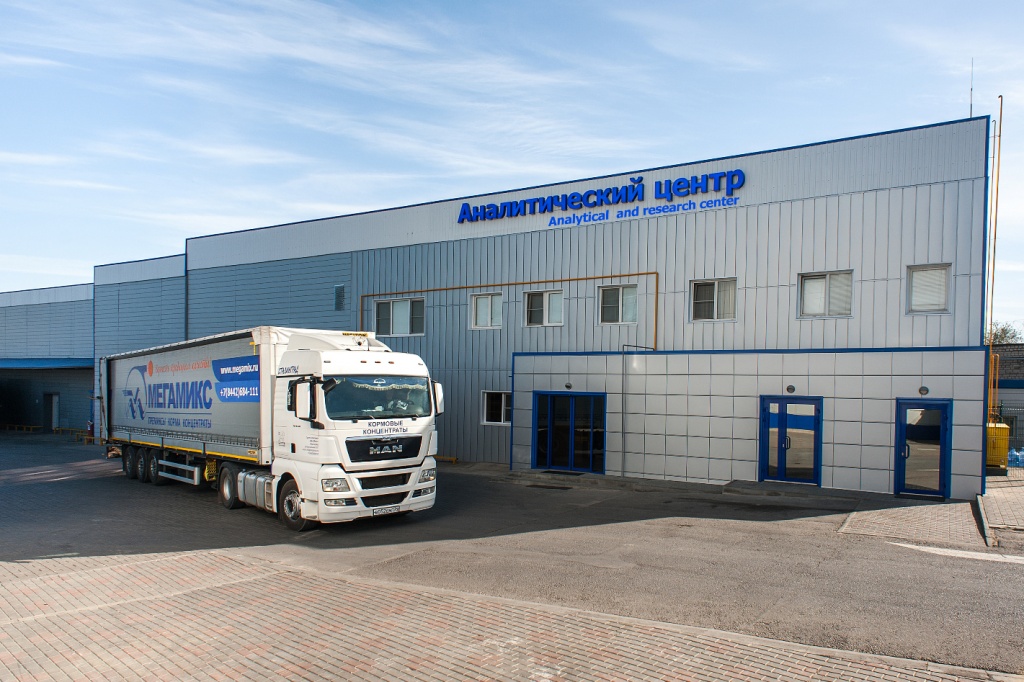 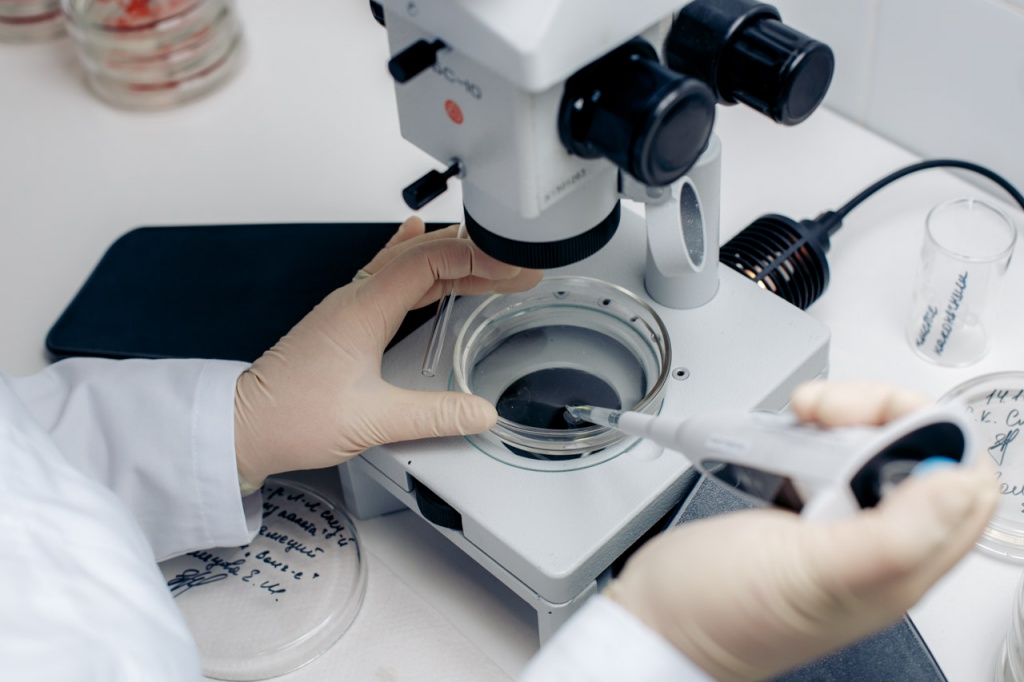 Partnership concept of MEGAMIX is based on long-term cooperation and individual approach to every customer. Starting from the contractual terms and up to premix or mixed feed formulation it is always a customer-tailored solution. MEGAMIX boasts on having been contributing to the efficiency of the biggest agricultural holdings for several years already.

4) Team of professionals
Our animal nutritionists and veterinarians have many years’ experience and worked for leading agricultural holdings in Russia, some of them hold a Doctor of Science degree. Their constant qualification upgrade and professional development is secured by the company through their participation in training sessions both in Russia and abroad.


5)Logistics
Bar-coding of raw materials that are stored in our warehouses makes our warehouse management transparent and efficient from trasnfer of raw materials to production up to the final product. Bar-coding ensures instant receipt of any neccessary information about each batch of goods, either incoming or outgoing, and eliminates the risk of errors occuring due to human factor. The company has its own fleet of vehicles that includes over 30 MAN and Scania heavy-duty trucks that makes it possible to arrange prompt delivery. All the drivers are experienced and regularly undergo trainings in road safety regulations. They make any delivery fast and secure. 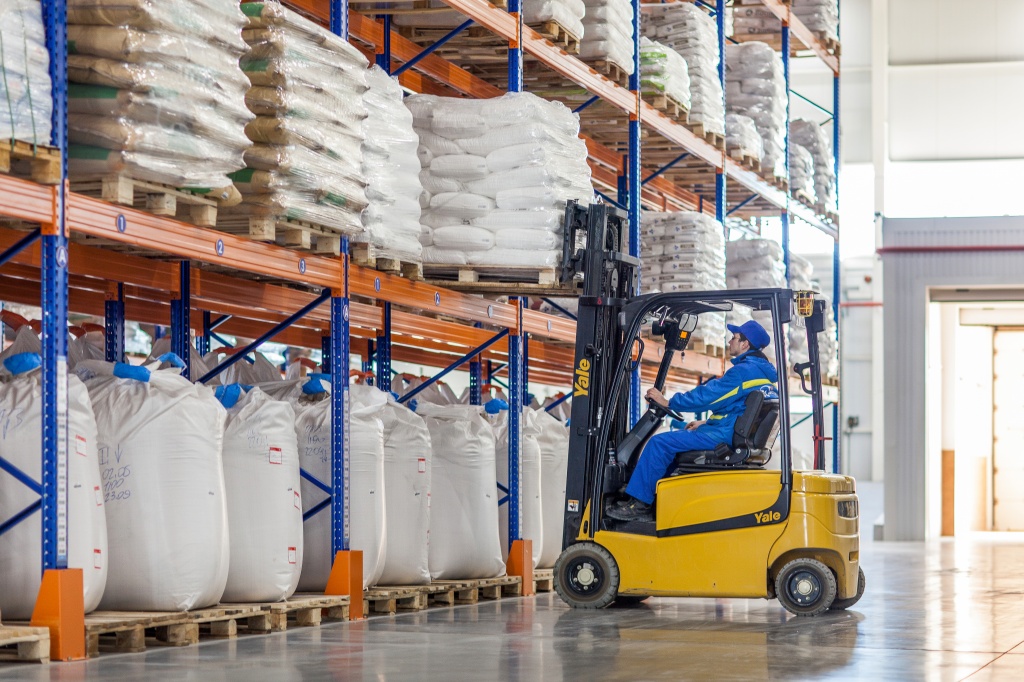 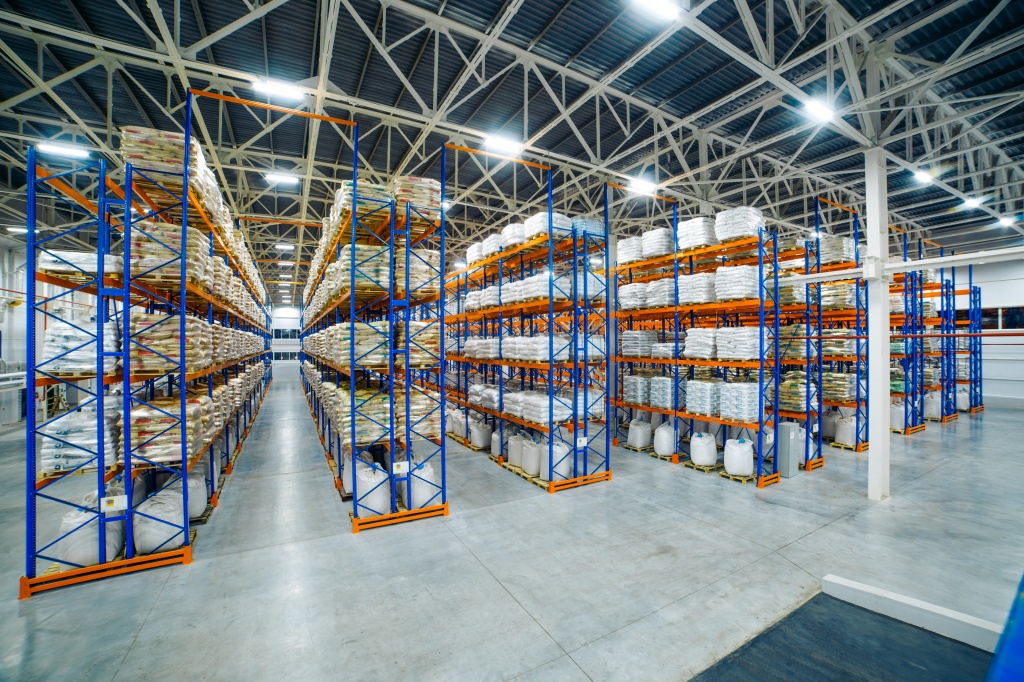 6)Quality Management
In 2017 MEGAMIX has renewed its ISO 9001 certification, thus proving once again the high level of quality management system in the company.

I. Gorlov, Academician of RAAS, Professor, Dr. in Agricultural Science.

8)Permanent strive for development
In 2012 the company developed and implemented barcoding system for raw materials and final product.
In 2013 MEGAMIX voluntarily passed social and ethics audit confirming that the company activities comply with the requirements for goodwill, labor conditions, workplace safety, and environmental safety issues.
Since 2012 MEGAMIX in cooperation with BASF SE regularly organize scientific and practical conferences that focus at finding solutions to various problems in the poultry farming sector. MEGAMIX regularly participates at the well-known Russian and international fairs. In September the V International Conference "Poultry farming in Russia" took place successfully. In November the company took part in the exhibition "EuroTier 2016".
According the year results the company becomes one of the biggest distributors of amino acids.
The advanced laboratory equipement enables a thorough analysis of fodder base, used by animal husbandry enterprises, which helps to customize feed composition and nutrition programs to fully utilize the genetic potential of the animal.

Striving to develop science-based innovation methods the holding conducts studies aimed at animal production efficiency increase in cooperation with various Research Institutes. In 2017 Sergey Ivanov, MEGAMIX nutritionist and Candidate of Biological Sciences, was granted the Russian Federation Government Award for Young Scientists for R&D in cooperation with three Russian Research Institutes. Thanks to R&D the industry is able to solve the important issue of food safety increase by means of the new resource saving technologies implementation in the field of animal production. 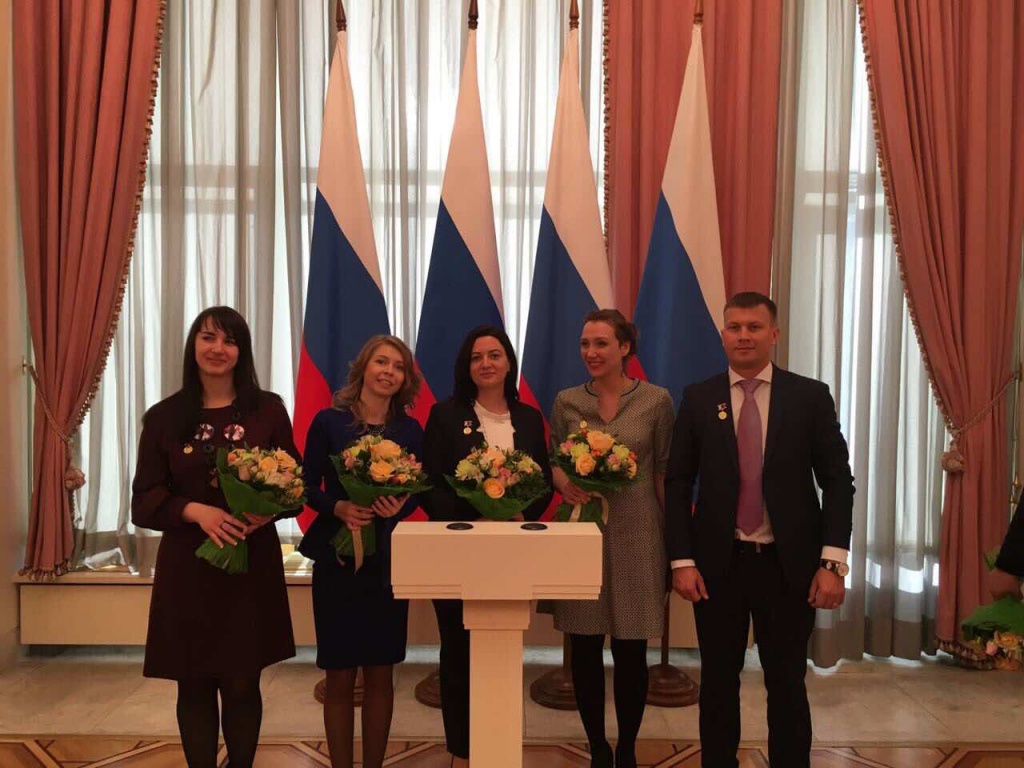 MEGAMIX opened an experimental station for in vivo evaluation of efficiency and safety of poultry feed, feed additives and veterinary drugs.
In close collaboration with the Volgograd State Agrarian University, the launch of the experimental station by MEGAMIX has become a herald of a new era of the Russian feed market.
The experimental station, housing over 400 laying hens in 3 groups and 450 broilers in 6 groups, with state-of-the-art equipment is a tool for collecting in vivo data on efficiency and biosecurity of feed additives, mixed feeds and veterinary drugs for poultry. Evaluation of these data will help MEGAMIX further strengthen its position as a customer-oriented premixer with a focus on scientifically proven optimization and customization of poultry diets. 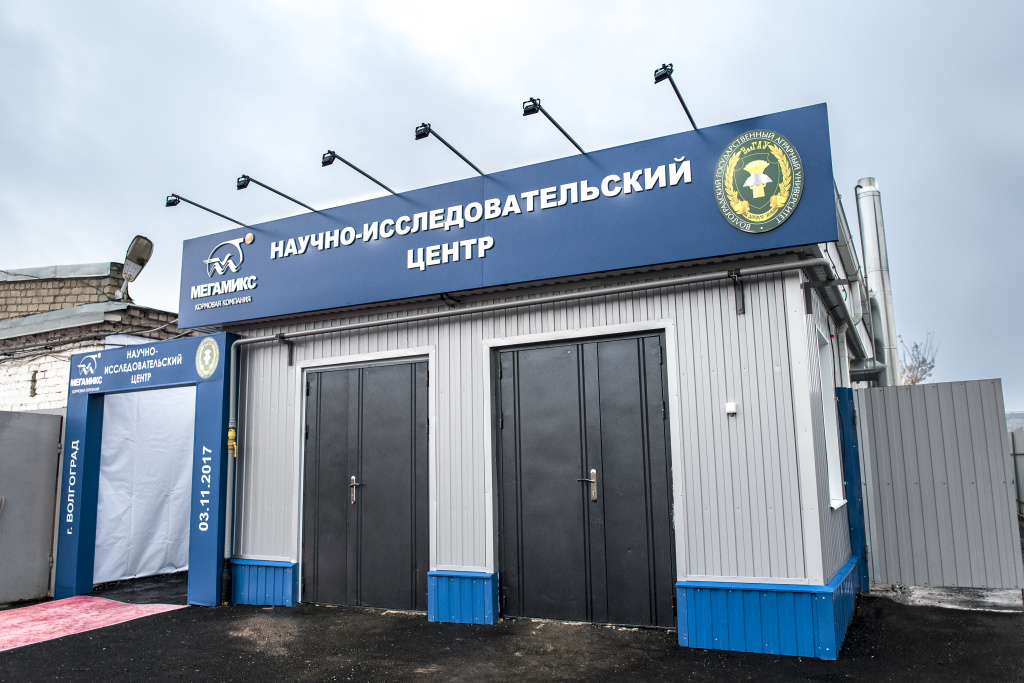 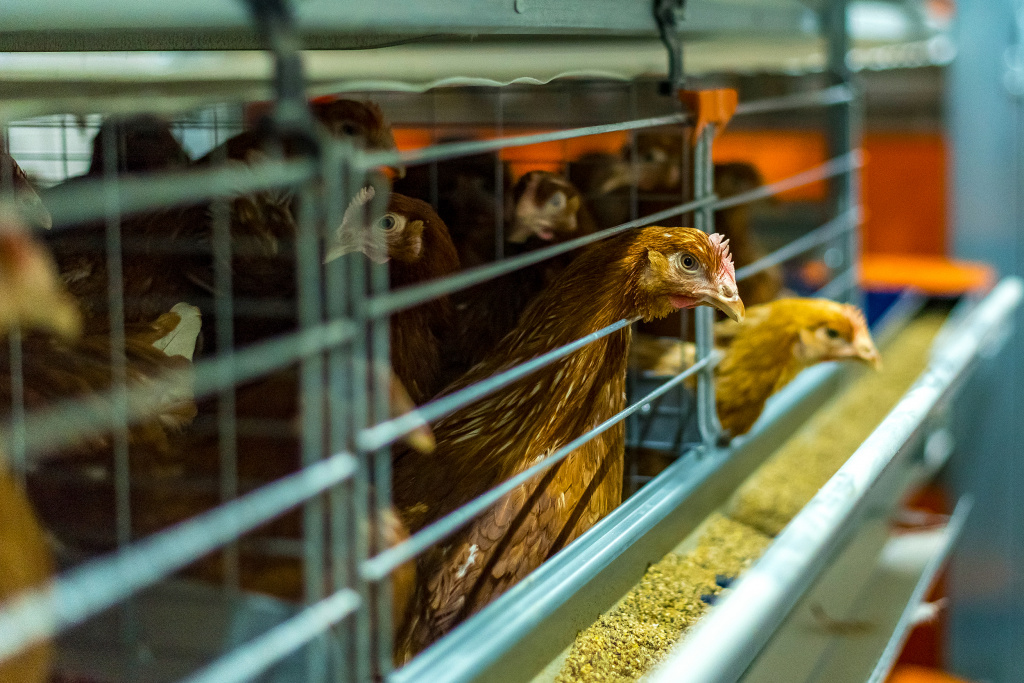